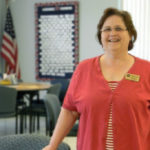 After 28 ½ years as the Coleman Center Director, Sheryl Watson is retiring.

Sheryl started as the Coleman Center Director on October 12, 1993. While working in Midland at another agency located in the same building as Senior Services, a co-worker (who later attended the Mills Center) saw the advertisement for the position and suggested that Sheryl apply. The co-worker thought Sheryl would be a good fit since she is from Coleman. This position would help her cut back on her commute, allowing more time to spend with family and friends. Sheryl decided to apply and became the Coleman Center Director. In her position, she has touched many lives in the Coleman community. 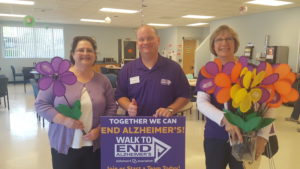 When she first started, the location of the Coleman Center was at the corner of Fifth Street and Washington Street. In 2006 the Center moved to its current location on East Webster. The main activity was playing cards and having various card tournaments. As Center Director, Sheryl has added many additional activities such as video exercise, arts and crafts, puzzles, bingo, and other games. The Center also hosts holiday parties, a monthly birthday & anniversary party, educational presentations, health clinics, and an annual picnic. She has also collaborated with 4-H and Boy Scouts to host a special holiday evening and hosts the monthly Coleman Historical Society meetings.

We wish Sheryl the best in her future endeavors and are thankful for her time and commitment during her years at Senior Services!