The Civil War: The Road to Emancipation 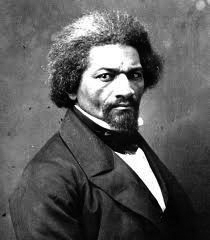 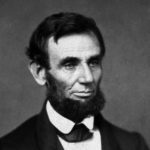 
Join educator (and Civil War buff) Mike Trebilcock for an interactive program looking at all aspects of the American Civil War – from its causes to its legacy and memory. Anyone with an interest in the Civil War – from expert to novice alike – is encouraged to attend.

The Road to Emancipation
“To our mind, there is but one easy, short and effectual way to suppress and put down the desolating war which the slaveholders and their rebel minions are now waging against the American Government and its loyal citizens. Fire must be met with water, darkness with light, and war for the destruction of liberty must be met with war for the destruction of slavery. The simple way, then, to put an end to the savage and desolating war now waged by the slaveholders, is to strike down slavery itself, the primal cause of that war.” -Frederick Douglass, May 1861

Most of the young men signing up to fight and die in the first years of the war were not motivated by the issue of slavery, but others, like abolitionist Frederick Douglass, kept slavery at the forefront of the Civil War.
In this program, we will look at the actions of the enslaved in putting the issue of emancipation front and center early in the war, the actions taken by Union generals and Congress, the arguments for and against emancipation (with a special emphasis on Frederick Douglass), and especially the evolution of Abraham Lincoln on this issue and what led to his decision in the summer of 1862 to act against slavery.

Reserve your spot below or by calling 989-633-3700! Online registration is available up until 2 hours prior to the program start time. If you are attempting to register less than 2 hours prior, please call 989-633-3700 for assistance.