By blinding us to the benefits of aging and heightening our fears, ageism makes growing older far harder than it should be.

Ageism involves the assumptions we make about people because of their age. And it is the most socially acceptable prejudice on the planet, according to the World Health Organization (WHO). Stereotypes and discrimination toward people based on their age, from jokes on television to workplace discrimination where elders are seen as unable to keep up with technology, is more normalized than racism or sexism.

“People believe that older people are mentally deficient, that they are less likely to be competent,” Karl Pillemer, professor of gerontology in medicine at Weill Cornell Medicine and member of the WHO ageism project, told the Cornell Chronicle. (1) 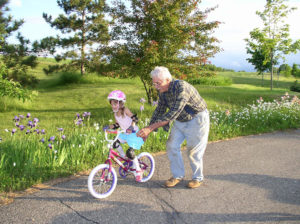 In 2019, to combat society’s deeply rooted ageist tendencies, the WHO recruited a Cornell-led team to study ageist attitudes worldwide. The agency used the results of the study to inform its global anti-ageism strategy. The global report, which was released in March, raises awareness on the topic of ageism and provides an evidence-based framework to generate change. Findings suggest that relatively low-cost, feasible strategies involving education and intergenerational contact can serve as the basis of effective interventions to reduce ageism. Visit the World Health Organization’s webpage, www.who.int, and search “Global report on ageism” for the full story.

Like racism and sexism, ageism services a social and economic purpose: to legitimize and sustain inequalities between groups. It is not about how we look. It is about how people in power assign meaning to how we look, according to Ashton Applewhite, who is the author of This Chair Rocks: A Manifesto Against Ageism. (2) It damages our sense of self, segregates us and shortens lives.

“People are happiest at the beginnings and the ends of their lives. Only 2.5% of Americans over 65 live in nursing homes. Older people enjoy better mental health than the young or middle-aged. Dementia rates are falling, fast. So how come so many of us unthinkingly assume that depression, diapers and dementia lie ahead?” Applewhite asks.

Applewhite hopes to make discrimination based on age as unacceptable as any other kind of discrimination. According to them, we can dismantle ageism using these solutions:

Changes suggested by various public health agencies include things such as: bringing services such as nurseries, youth clubs and care homes under the same roof, positive aging to be addressed within schools, employers and government to promote age diversity in workplaces, healthcare professionals being trained on the effects of ageism in clinical and care settings, an independent review of the representation of older people in the media, the Independent Press Standards Organization (IPSO) to include “age” in the Editors’ Code of Practice as a characteristic by which journalists must not discriminate, an end to the use of the term “anti-aging” in the cosmetics and beauty industries and more.

In addition, ageist attitudes can have serious negative implications on the wellbeing of older people, according to Pillemer1. Physicians with ageist attitudes may misdiagnose their older patients or exclude them from certain treatments, for example. Moreover, older people who adopt these negative attitudes toward aging are more likely to experience psychological distress and physical illness. Whereas, thinking good thoughts about aging can add seven years onto your life, according to research by Yale psychologist Becca Levy, another member of the WHO ageism project.

Among global agencies like WHO, a growing number of organizations are beginning to address the challenges of ageism. One of the best resources available is called Old School, according to Harry Moody who is the retired VP of Academic Affairs for AARP.
Old School, a webpage created in 2018 by Applewhite, aims to educate the public on age-based discrimination, whether it involves prejudice against children, teenagers, adults or especially senior citizens. It includes a cohort of carefully vetted resources to educate people about various aspects of ageism.

“I worked for the man who invented the term ‘ageism’ (the late Robert Butler) and I know he would be proud of what the ‘Old School’ resource center will achieve. It will take a long time to dismantle ageism because the roots are deep in all of us. But the battle has already begun,” said Moody.

We all miss out when elders are labeled as, “over the hill”. Old age, and the wisdom it brings, may be responsible for the survival of humanity.

Get more information about defining and dismantling ageism – including blogs, books, articles, videos and other tools, along with workshops and curricula that are accessible to the public – at oldschool.info. 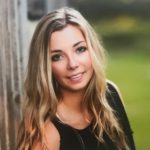 Angela Mulka graduated from Michigan State University in May of 2020 with a Bachelor of Arts in Journalism, concentrated in Environmental Science & Health Reporting. Angela realizes the importance of representation for all people in storytelling. She values the field because of its commitment to uncovering the truth. Angela works as a freelance environmental reporter for the Great Lakes Echo while pursing other passions. She was born and raised in Midland and had the opportunity to flex her Michigan passion and knowledge working as a public relations intern at the Michigan Economic Development Center in Lansing—the organization best known for creating the award-winning ‘Pure Michigan’ campaign. She hopes one day to become a voice for the natural world to protect our planet and its precious resources for current and future generations.