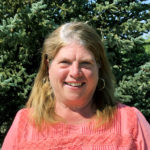 Tracey has worked at Senior Services for the past 15 years in the Home Care Department. Previous to moving to Michigan, Tracey was the Assistant Manager of a group home where she developed & implemented activities with the residents. She is from Clare and has developed several Coleman business community contacts from working in other positions in the area. She is very excited to begin her role as the Coleman Center Director and has several ideas to offer new activities to those who attend. Tracey began her new role on June 27.

Some of her favorite activities currently at the Coleman Center are socializing, bingo, working on puzzles and musical entertainment. Tracey would like to introduce Bunco, a dice game, to the group. She has also started playing the dice game “Ship, Captain, Crew” at the suggestion of other participants. We’re hoping to get other card games started again such as Euchre. Tracey has also started beach ball volleyball, as a form of fun exercise and we’ve really enjoyed it while sharing a lot of laughter! Tracey is completing an exercise certification course and will be introducing more exercise that is geared to older adults and can be adjusted for those more active or less active. 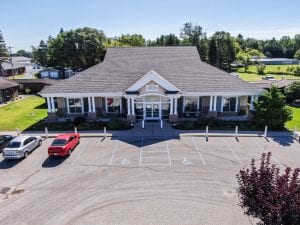 The Coleman Center is located between the two sides of the Pere Marquette apartments and connected to each. It is a friendly group of people that attend. The lunches served are healthy and delicious and are by donation for those over 60 years of age. Reservations should be called in to the Center no later than 9 am the morning that a person plans to come for lunch, which is served at 11:30 am. The Center is open from 9 am-3 pm. Many come early for coffee and social time.